The United Nations’ 17 Global Goals, or the Sustainable Development Goals (SDGs), are a universal call to action on the challenges the world is confronted with now, and which are advancing at an alarming rate. Here, we’ll be describing the two SDGs which HOLMRIS B8 is committed to pursuing.

Because sustainability is an integral part of our DNA. In fact, it always has been. Since our history began as a sawmill in 1914 with our own forest in the back garden and with reforestation as a core principle. We are no longer in forestry, but sustainability and circular thinking still make up the core of our business. In every process. In every product.

With all nations but two adopting the Global Goals, support for this initiative is the highest on record. The pressure on our planet’s resources is so intense that every one of its inhabitants has to confront the consequences.

But contrary to the much-debated doom-and-gloom prophesies, the struggle to save the planet is far from a lost cause. That said, we have to face up to the realities. And act now.

Action on social responsibility
We believe that any reputable company must assume its share of the responsibility and commit to achieving the Global Goals, and do so for several reasons. But that’s where things get complicated. Because the Global Goals are relevant for companies worldwide for more than one reason.

Meaning, for reasons other than boosting the bottom line. And certainly not for short-term gain. There’s far more at stake. Obviously, business economics come into it, and there’s no reason to hide the fact that a credible and professional commitment to the SDGs is a distinct competitive advantage for any business. Not least because it’s what customers want.

Directive 2014/95/EU, implemented in Section 99 (a),(b) of our national Danish Financial Statements Act specifically requires companies to report on their corporate social responsibility (CSR) policy. Basically, this means that the rule of law is nudging companies towards doing right.

A whole raft of surveys indicate that workers do not merely aspire to a decent wage and fair terms of employment; it’s what they expect. And they want to work for a company that takes responsibility. That makes sense, and it attracts bright minds; young ones especially.

So we say yes to competitive advantages, employer branding and limiting the risk of being outrun by strict legislation.

HOLMRIS B8 is committed to striving for two of the 17 Global Goals in particular.

#SDG12 Responsible Consumption and Production
Our main sights are set on SDG No. 12 Responsible Consumption and Production. We believe it is imperative to make the transition away from the prevailing take-make-use-throw culture. We have launched several initiatives to change how we offer our furniture to customers. In practice, we have switched our company from being linear to also being circular.

At HOLMRIS B8, we have introduced a Take Back system to offer our customers a sustainable option for disposing of their used furniture. We offer to buy our customers’ furniture for fair payment, and the furniture is then resold on our webshop.

However, not all used furniture is saleworthy. In fact, as much as 50% is scrapped outright without any reuse. HOLMRIS B8 aims to do away with this waste, and to that end has set up a donation network, to benefit affiliated schools, institutions and NGOs. Free of charge. Furniture that would otherwise have been scrapped is now being donated to not-for-profit organisations.

So far, Holmris B8 and its customers have co-donated more than 50,000 articles of furniture. Any furniture not suitable for donation is sorted and recycled.

Rental concept to counter the throwaway culture
At HOLMRIS B8, we have also launched a rental concept. This is a crucial step towards limiting wasteful production. Renting rather than owning is a radical confrontation with the linear economy principle, where resources are turned into goods such as furniture, which are then thrown away after use.

If all companies rented their furniture, the furniture makers would design and plan for the return of that furniture. Ensuring that the furniture is refurbished rather than scrapped would make financial sense.

This in turn would incentivise furniture makers to raise the standard of their products, as the longer lifespan of premium quality would also be in the manufacturers’ own financial interest. Last, but not least, customers stand to gain from the reduced outlay that comes with renting rather than owning.

Technology reduces needless purchasing
Technology has been hailed as the salvation for everyone who wants the planet to stay at its current temperature. On the hi-tech front, HOLMRIS B8 supplies a solution where an RFID (Radio-Frequency Identification) tag tracks the customer’s furniture for at-a-glance management of assets and locations.

In companies with hundreds of employees (and even more furniture), this solution prevents needless purchasing.

#SDG17 Partnerships for the Goals
The SDGs are characterised by their immense scale and demanding targets. Achieving them is realistic, but not for any one country or entity acting alone. Success will require cooperation between knowledge institutions, NGOs, the public sector and private-sector enterprises. Accordingly, the 17th Global Goal calls for partnering. We need to cooperate across a wide front to realise the global SDGs.

At HOLMRIS B8, we seek intensively to engage in partnerships. Our donation network alone is made up of 1,752 schools, not-for-profits and NGOs. We provide them with free furniture, and they help us to prevent wasteful discarding.

In addition, we are currently working to establish partnerships with the 10 largest local authorities in Denmark. The project here is partnering to create jobs for people who are socially at risk, and to reuse the local authority’s furniture rather than discard it as waste. Our aim is for all local authorities in Denmark to have the option of procuring second-hand furniture. In this way, we are helping local government to improve its circularity performance and reduce spending. And creating room for people who are challenged one way or the other.

Partnerships to expand knowledge about the circular economy
Because circular economy principles are built into our business, and because real impact cannot be achieved without partnership with our customers, we have joined forces with Aalborg University to recruit a PhD-level industrial researcher, who will be studying and reporting on the circular economy and public procurements.

Evidence and knowledge-gathering in this field are crucial, and we regard ourselves as opinion-leaders within circular furniture procurement.

This is why we are investing time in alliances with universities, hosting public lectures and participating in panel debates. In doing so, we aim to raise awareness of furniture suppliers with both the resources and insight to engage in innovative partnerships in the interests of developing sustainable furniture solutions going forward.

For instance, we have provided internships for 12 trainee nursery school student-teachers and 3 social workers. And we currently have a sociology intern writing her thesis on our joint initiative with local vocational colleges to recruit, train and create jobs for marginalised youth.

TagsArticles
Previous Reading
Easy tiger, we got this
Next Reading
Business Academy Aarhus 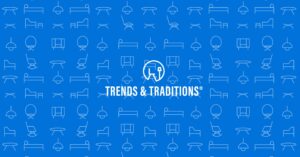 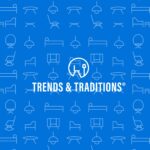 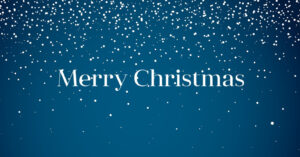 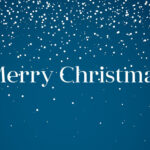 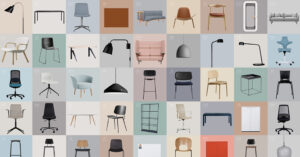 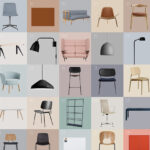 Check your furniture’s cost to the climate 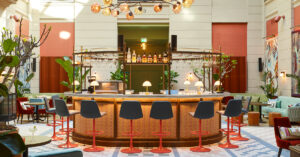 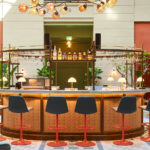